The Brighton Mermaid by Dorothy Koomson 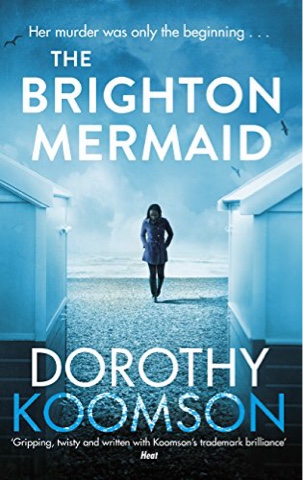 Brighton Beach, 1993
Teenagers Nell and Jude find the body of a young woman and when no one comes to claim her, she becomes known as the Brighton Mermaid. Nell is still struggling to move on when, three weeks later, Jude disappears.
Twenty-five years on, Nell is forced to quit her job to find out who the Brighton Mermaid really was – and what happened to her best friend that summer.
But as Nell edges closer to the truth, dangerous things start to happen. Someone seems to be watching her every move, and soon she starts to wonder who in her life she can actually trust…

Finding a body on the beach twenty five years ago has affected all of Nell's family. Not only did her best friend go missing shortly after but another four bodies were found washed up on beaches.
Harassment by one of the police officers has ruined her father's life and Nell still hates the police force.

In her spare time Nell finds missing people and researches family trees in the hope of finding someone who through their DNA might be related to the Brighton Mermaid and thus be able to give her her proper name.

Like all Dorothy Koomson's books this one is a magical mystery tour of intrigue. I didn't know who Nell could trust along the way or if her life was in danger. The last third of the book is edge of your seat reading with a nail biting finish.
I wish I could tell you more but that would be spoiling a good read for you and I don't do spoilers. So read and enjoy!

Whatever Happened To Margo by Margaret Durrell 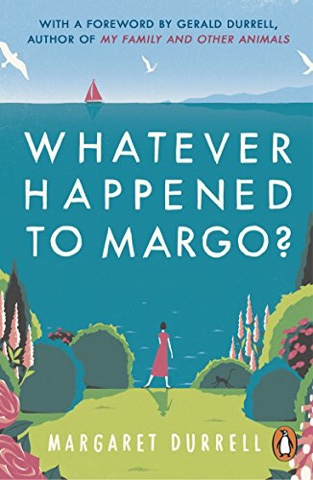 In 1947, returning to the UK with two young children to support, Margaret Durrell starts a boarding house in Bournemouth. But any hopes of respectability are dashed as the tenants reveal themselves to be a host of eccentrics: from a painter of nudes to a pair of glamorous young nurses whose late-night shifts combined with an ever-revolving roster of gentleman callers leading to a neighbourhood rumour that Margo is running a brothel. Margo's own two sons, Gerry and Nicholas, prove to be every bit as mischievous as their famous Uncle Gerald - and he himself returns periodically with weird and wonderful animals, from marmosets to monkeys, that are quite unsuitable for life in a Bournemouth garden.
This is a re-release of this book, it was first published in 1995. Margo Durrell passed away in 2007.
It is a must for anyone who loves The Durrell's TV series. The book begins in 1947 when Margo now a single parent with two young children is persuaded by her aunt to buy a house in Bournemouth ( where her mother lives) and run it as a respectable boarding house. Her aunt would not be pleased to see the motley crew who,armed with rent books are now living in the house,and the neighbour's don't think much of them either.
Margo's brothers and mother appear in the story and are very true to their characters on the TV series.
Many strange and funny people pass through the doors of the boarding house. I think the strangest may be her brother Gerry who although grown up now periodically appears with snakes or monkeys as if it's the most natural thing to do in the world.
I read the paperback edition and found it difficult as the print is very small, I would have preferred it in kindle form.
I didn't find it the easiest book to read but sometimes I don't enjoy some of the TV episodes. If you love the Durrell's you will love this book. I actually think it would come across better on TV maybe as a follow up series,there's a lot going on.
Out in paperback or for kindle.
https://www.amazon.co.uk/Whatever-Happened-Margo-Margaret-Durrell-ebook/dp/B076W95N2L/ref=sr_1_1?ie=UTF8&qid=1526152126&sr=8-1&keywords=what+happened+to+margot
at May 12, 2018 No comments: