The Sapphire Widow by Dinah Jeffries 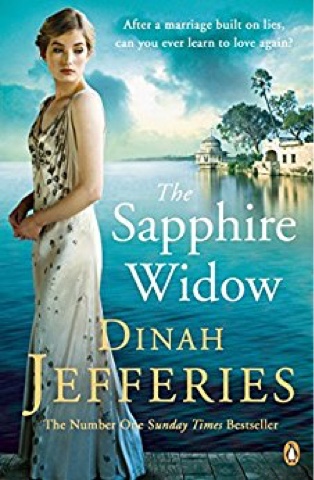 Ceylon, 1935. Louisa Reeve, the daughter of a successful British gem trader, and her husband Elliot, a charming, thrill-seeking businessman, seem like the couple who have it all. Except what they long for more than anything: a child.
While Louisa struggles with miscarriages, Elliot is increasingly absent, spending much of his time at a nearby cinnamon plantation, overlooking the Indian ocean. After his sudden death, Louisa is left alone to solve the mystery he left behind. Revisiting the plantation at Cinnamon Hills, she finds herself unexpectedly drawn towards the owner Leo, a rugged outdoors man with a chequered past. The plantation casts a spell, but all is not as it seems. And when Elliot's shocking betrayal is revealed, Louisa has only Leo to turn to...

I'm delighted to be today's stop on the blog tour for Dinah Jeffries new book The Sapphire Widow.
In this book we are transported to Ceylon in 1935. Louisa is happy in her marriage to Elliot apart from the stress of her miscarriages in the attempt to conceive a child. She is concerned however that he doesn't tell her much of where he disappears to and what his relationship is with Leo the owner of a cinnamon plantation.
When the unthinkable happens and Elliot is found dead Louisa is distraught. Upon sorting out Elliot's will she discovers parts of her husband she knew nothing about. One part that will break her heart and another that will put her life in danger.
Louisa believes that Leo will have the answers she is looking for but can she trust him and is she falling for him?
I have enjoyed all of Dinah Jefferie's books and this one is no exception. She takes you to a place most of us know nothing about and by the end of book makes you feel that you have lived there. You know the smell of the citronella, the cinnamon and the apricot blossoms. You have walked the streets and the markets,visited cinnamon plantations and been wary of the snakes. I felt fear when Louisa was in danger, I felt her pain when the full extent of her husband's betrayal became clear to her.
Dinah Jefferies is an author who knows how to use words to evoke every emotion in her reader and I recommend you to read this and immerse yourself in them.
A great read.
The Sapphire Widow is published on 5th April for kindle,paperback and hardback.
https://www.amazon.co.uk/Sapphire-Widow-Dinah-Jefferies/dp/024130377X/ref=sr_1_1?ie=UTF8&qid=1522611314&sr=8-1&keywords=the+sapphire+widow&dpID=51aEtTjqTqL&preST=_SY344_BO1,204,203,200_QL70_&dpSrc=srch 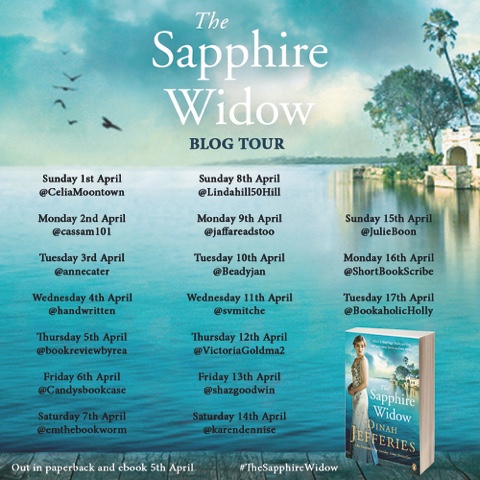