The Poppy Factory by Liz Trenow 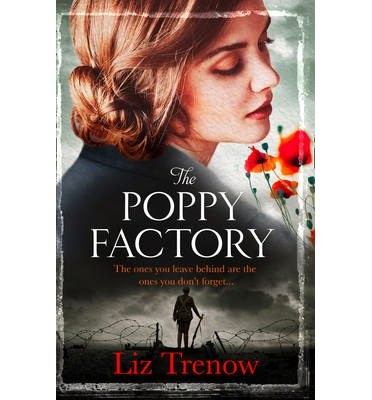 A captivating story of two young women, bound together by the tragedy of two very different wars. Perfect for fans of Katie Flynn and Maureen Lee. With the end of the First World War, Rose is looking forward to welcoming home her beloved husband, Alfie, from the battlefields. But his return is not what Rose had expected. Traumatised by what he has seen, the Alfie who comes home is a different man to the one Rose married. As he struggles to cope with life in peacetime,Rose wrestles with temptation as the man she fell in love with seems lost forever. Many years later, Jess returns from her final tour of Afghanistan. Haunted by nightmares from her time at the front, her longed-for homecoming is a disaster and she wonders if her life will ever be the same again. Can comfort come through her great-grandmother Rose's diaries? For Jess and Rose, the realities of war have terrible consequences. Can the Poppy Factory, set up to help injured soldiers, rescue them both from the heartache of war?

Liz Trenow has become one of my favourite authors. I love stories set during the war or stories of old letters found and read. This book has both.
Jess joined the army as a paramedic dedicated to saving lives in an attempt to make up for the loss of a friend. Unable to cope with life back home Jess turns to drink to take away the nightmares and finds she can't do the job she was trained for.
Reaching out to help Jess her mum gives her the diaries written by her great grandmother who's husband Alfie lost his leg in the first world war.
We then hear the story of Rose and Alfie and his struggle to live his life on civvy street. Rose is pushed to her limits as Alfie will accept no help from her and like Jess he finds his solace in a bottle.
Will reading the diaries make Jess realise she needs to take help from those who want to give it?

I enjoyed reading this book every bit as much as I expected to. Jess was a great character and I always wanted a happy outcome for her.
Rose's husband Alfie I found harder to like. Rose was so looking forward to him coming home and did everything within her power to help him but he threw it all back at her. This must have been the case for many women after the two great wars. Jess had been working but expected to leave if she became pregnant then when the men came back from war women were forced back into their stay at home domestic lives again, many living with men who had changed so dramatically they didn't know them anymore.
Rose was my favourite character, she was so determined to make her marriage work because she had loved Alfie before he went to war and was sure the real Alfie was inside him somewhere.
Doctors were only just discovering about shell shock,some still didn't believe it was possible and thought that all the soldiers needed was a good home cooked meal and to be back home which meant many soldiers suffering from it had no help at all and their nightmares continued.
Today it's called Post Traumatic Stress but it's still the same debilitating condition as we can see from Jess's story.
I didn't know anything about the poppy factory or why it was set up before I read this book but it became the saviour of both Alfie and Jess and many many more to this day. 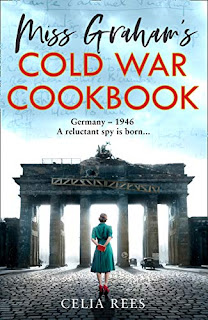